6 Simple, Effective Ways to Show Your Fans You Care 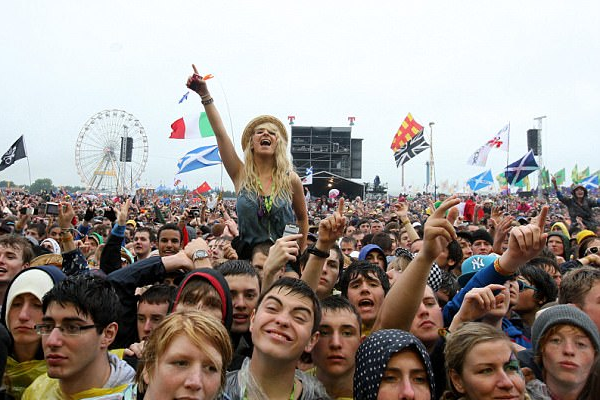 6 Simple, Effective Ways to Show Your Fans You Care

When it comes to connecting with your fans, there are a lot of ways to go about it. Some of the basics include things like replying to their comments or sending them a heartfelt thank you when they follow you. As far as I’m concerned, these should fall under “being a musician 101.”

But for those of you that really want to go above and beyond, make a lasting impression on your audience, and grow those relationships to superfan status, these tips are for you.

While dropping in on your fans may not always be possible (or welcome), there’s a way to stay personal with them, even from thousands of miles away. For instance, including a handwritten thank-you note addressing each person and their order by name with each merch mail out. It’s a small gesture that will mean the world to every fan.

Everyone wants to know what their favorite band is like behind the scenes. Just because you’re not touring the world playing for thousands of screaming fans doesn’t mean the fans you do have aren’t incredibly curious about who you are and what you get up to. Recording regular vlogs or tour diaries that show the unfiltered, unpolished, raw, and real versions of who you are is the kind of thing that will help your fans feel closer to you.

When you give your fans a chance to win exclusive, one-of-a-kind merch or one-on-one time with you, you’re letting them know that you value them so much that you’re willing to take time out of your day to hang with them or create something special meant just for them.

For a contest, you could offer a limited-edition T-shirt with your most popular lyrics, a rare, first-edition, signed CD, or an in-person or digital concert just for them. The more tailored it is to your fanbase — i.e., only other people in the tribe will get it — the more special it becomes, and the more heightened the sense of community and value.

4. Include them in your work

One of my favorite things to see bands do is include their fans in their work. There are many ways to do this, so get creative and try to think of something that really encompasses your specific brand and message. One idea to get you started is having fans make their own music video to one of your songs and either naming one winner and using it as your official video or creating a mashup of all the contestants into one official video.

Interact with your fan base and people in the music industry. For example, twitter a great way to personally reach out and speak with people. You could retweet and share your fans and others musicians posts. Another way to engage is by posing good questions. It allows your followers choice in what you’re doing. For example, asking a question about your content and events shows fans that you care about their input.

6. Interact at a show

One of the best ways to make a lasting impression on your fans is to talk to them in person, and your shows are the perfect place to do this. While it’s understandably hard to just go up to strangers and start a conversation (though I’d recommend it), there’s no reason you can’t start chatting with the people that come to your merch table during a show.

Beyond just thanking them for being there, engage them in conversation that matters to them. Ask who their favorite bands are and what shows they’re looking forward to next. It’s this kind of common-interest small talk that can end up leading to a lasting artist/fan connection. And if you recognize someone who keeps coming out to your shows — tell them! Nothing will make them feel more special than knowing that you notice and appreciate their support.

Ready to get your music out there? MusicDigi can distribute your music to every major digital retailers worldwide. Wherever your fans are around the world, they’ll be able to listen to you.