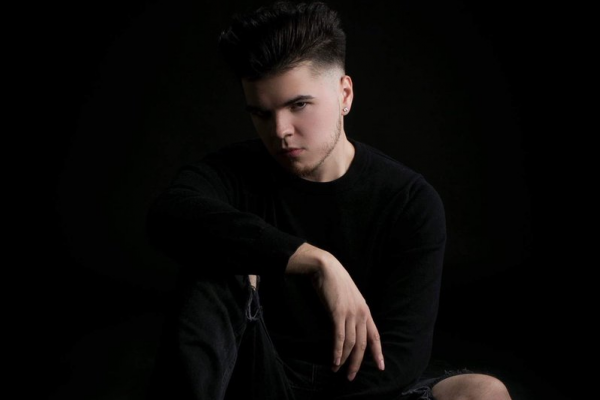 In this interview with Sik World, the rapper-songwriter discusses his upcoming album, how he got his rap name, his greatest music influences and more.
How did you get the name Sik World?
• When I started music my original name was "Sik Kid". I made the name as "Sick Kid" but realized on google it would be hard to find my music. So I removed the "C" in Sick. A few years after I got older I realized I'm no longer a "kid" but still wanted to stay true to my name. So I dropped kid and put world. I like Sik World because it's completely different than any other artist's name out there, at least to my knowledge. I just wanted to be different & unique with it.
What was your inspiration behind the new single "Still Lost"?
• My inspiration was simply feeling like I'm still lost as a person. I've struggled with anxiety and depression since the beginning of high school and always felt lost internally. But prior to dropping the EP I felt like I was at the lowest point of my life and I wanted to rap about it, and birthed my first EP "Still Lost." Listen to it, each song illustrates & captures every moment in detail.
If you could work with any artist dead or alive, who would it be?
• to many. I'm such a fan of everyone because I love music so much. I'd love to work with so many, but my biggest inspirations are Eminem, Halsey, Drake & Xxxtentacion. Any of them 4 would be a definite yes! I can't pick 1 haha.
What's the coolest place you're ever performed?
• I actually have never preformed live yet. I feel i don't have enough music out yet to even hold a concert down, but that will change once I release my first album!
Who in the music industry - past and present - are your greatest influences?
• There's 2. When it comes to rapping and pushing myself to exceed my own expectations It's Eminem. I have a poster of him in my studio that I've had for 5-6 years now. He always blows my mind, every song I just sit there and think "how did he put this together? Literally HOW!" He's truly the greatest artist alive in my opinion. My second is Halsey. She inspires me to sing & is the reason I started singing in my newer songs. She's extremely talented, writes her own music & they're all hits. I have so much respect for her and she's been a huge influence on me.
What's next for Sik World?
• I'm working on an album. My first album. It's been a process because I am such a perfectionist and EVERYTHING always has to be on point. It's a gift and a curse. But that's what's next for me, after that, I feel I can go on tour and level up in the industry!