Behind The Song | Corbu 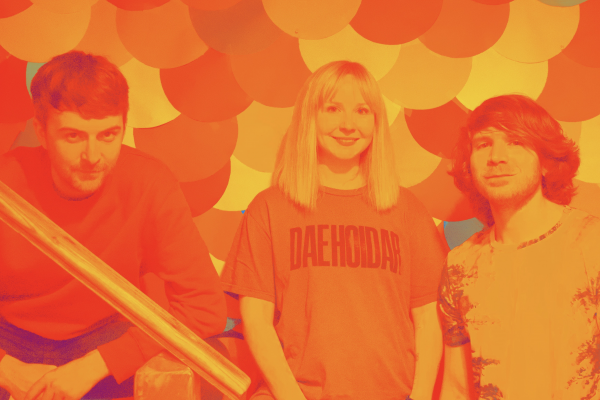 Behind The Song | Corbu

We caught up with New York electro-psych duo Corbu to find out more about their upcoming album and get their advice on the best ways to navigate music promotion as an independent artist.

Corbu includes frontman Jonathan Graves, creative partner Amanda, and Todd Hoellerman on drums. With the highly successful 2016 album "Crayon Soul" and a sophomore album in the works, they've learned a thing or two about music promotion.

1. Your Crayon Soul project was a huge success. How did you promote it and what advice would you give to artists prepping their debut albums?

Thanks for that. To promote it, I really poured myself into the artwork, the videos and the live show - we wanted it to feel like a self-contained universe. We tried to make every single thing you saw about Crayon Soul a transmission from that world, or an invitation into it. It's what all my favorite albums did for me.

I have a lot of advice, so I'll try to sum it up. Take your time, make something you'll still love a long time from now. Be unapologetically you in every aspect of it, the more out-there the better. We're all gonna die someday, and you only get one debut album. Also, don't get too precious about mastering. If you want to have everything just-so, make that the vinyl/CD master. For streaming services, SMASH IT. I know it's your baby, but if it isn't loud, no one's going to playlist it and then no one hears it.

Ooh that's tough. I've been lucky. Some favorites: singing solo with an orchestra behind me in Russia when I was a kid, the first night of our tour with Bloc Party in Denver, and playing Austin City Limits on a jumbotron with my friend and my girlfriend on stage with me.

One of the best things we've ever done just happened, though. We organized a party/event called Beautiful Monster, and we were allowed to do basically anything we wanted for three hours in a hotel lobby in NYC. It was us and twelve of our best friends being ridiculous, doing weird performance art stuff and performing our music for people. The whole thing was fueled by love in every direction and felt so good. Everyone seemed to have a great time. We want to do a lot more of that in the future.

3. What are the biggest obstacles for independent artists ?

I want to answer this question honestly, without sounding bitter. I love what we do, but the biggest obstacle is the complete lack of money to be made. I know that's been an issue for artists since the beginning of time, but it seems like even small ways to earn an income have been reduced in recent years.

You can't sell your music, because it's on Spotify. A venue will ask a band to organize a whole night where the band will spend hundreds out-of-pocket to make it happen, but will say "we have no budget." At the same time, they'll hire a DJ for a substantial amount to play for the same length of time or less. It's the only way to be heard and seen, so you say yes. Labels have become reluctant to sign artists who don't already have huge streaming numbers, so the artists have to pay for marketing/PR to get the word out themselves, which used to be the entire function of a label. We're still figuring out how to make it work, and make it sustainable.


4. If you could pick an artist to tour with, who would it be? And where would the tour go?

If we could go on tour with Radiohead through South America, I'd probably die happy no matter what else happened in my life. All of our interactions with fans/friends from there have been so warm and positive.

That said, it might be even more fun to take the whole Beautiful Monster crew we just assembled - Taphari, Sprng Vlvt, Rosana Cabán, Lovesport and thelimitdoesnotexist - and travel around the world non-stop forever.

5. Can you give us any details about your upcoming album?

We love it a lot.

We made this album 100% on our own, at home, before we went back to Dave Fridmann's to mix it. It was a huge challenge for me as an engineer, but at the end of the day, your most off-the-cuff, intense, privately beautiful moments make it onto the record. One song was written while I was meditating in the ocean, on my birthday, on mushrooms. The recording Amanda and I made that day in our room at the beach is the final version, on the album.

The whole thing is also really dirty, sonically. I had a cut-out of Biggie taped to my desk, with a speech bubble saying, "it's too clean." It sounds like the same band, but more dialed in, more electronic, more direct and dragged through the dirt.

The only thing is, I don't know when it will be released just yet. We don't want to put it out until we feel like a lot of people will be able to hear it. So we'll be doing some standalone and collab tracks in the meantime to build up to that. Those are sounding really great, though, so I'm excited for them too. We're back in a flow. Feels like we're in a new life and it feels right.