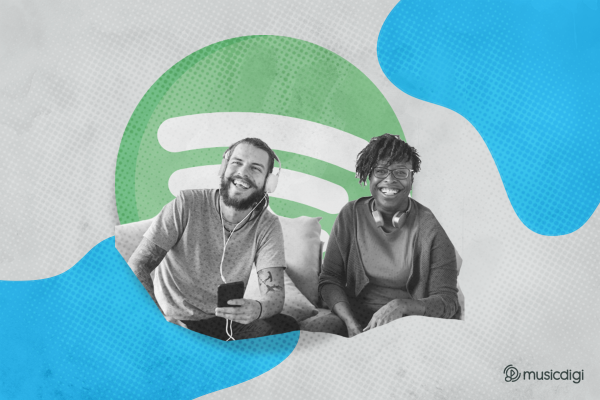 How To Get On Spotify Playlists: Algorithmic Vs. Editorial

Spotify is currently the most popular music streaming service in the world. It has over 50 million paying subscribers and more than 100 million active users. Spotify’s algorithms identify songs that are popular on the platform and then create playlists based on these songs. Spotify’s playlists can help you reach a new audience, build your brand, and make money.

This article will discuss how to get your music on Spotify’s playlist so that you can take advantage of these benefits. There are two main ways to get on a Spotify playlist: algorithmic and editorial.

Algorithmic playlists are created by Spotify's algorithms, which select songs based on a variety of factors such as a user's listening history, the time of day, and the user's location. To get on one of these playlists, you should focus on getting your music heard by as many people as possible. This can include promoting your music on social media, reaching out to music blogs and other influencers to share your tracks, and making sure that your music is available on all major streaming platforms.

Editorial playlists, on the other hand, are created by Spotify's team of music curators. These playlists are often themed and can be focused on a specific genre, mood, or activity. Algorithmic playlists include Daily Mix, On Repeat and Discover Weekly. To get on one of these playlists, you should try to build relationships with Spotify's curators by reaching out to them through social media, email, or other channels. You can also submit your music to Spotify through a music distributor like MusicDigi, which can increase the chances of your tracks being considered for editorial playlists.

To sum it up

Overall, the key to getting on a Spotify playlist is to create great music and make sure it's easy for people to discover it. By promoting your music and building relationships with Spotify's curators, you can increase the chances of getting on one of their playlists.

Ready to unleash your music? Sign Up to MusicDigi to get your music on Spotify and all the major music stores & streaming services.