Behind The Song | Jordan Royale 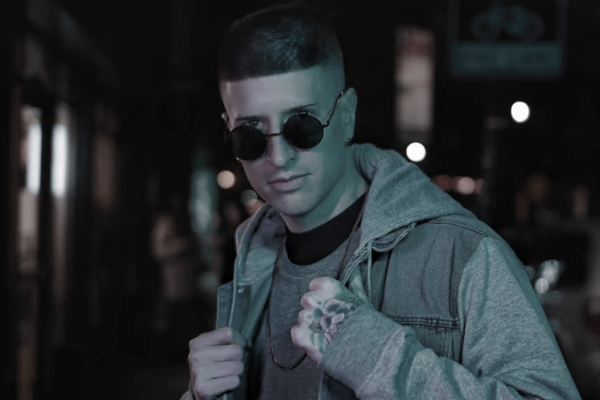 Behind The Song | Jordan Royale

Delivering a sound Rolling Stone classifies as "quasi-trappy rap and EDM," Jordan Royale works through issues like addiction, relationships, and mental health in his music that is resonating with fans. His method for success is rooted in being himself and avoiding the trends. From indie shows to an appearance on America's Got Talent, there's no doubt fans are in for more to come.

We caught up with quasi-trappy rap and EDM artist Jordan Royale and asked him about his upcoming release, his advice for new artists, and more.

1. How did you get the name 'Jordan Royale'?
Kinda funny how that came about honestly. So, my mom has the last name "Royall", obviously when you get married you lose your last name. Also, her brother (my uncle) never had kids. There was never a way for her last name and legacy to continue in the family bloodline. I was given the name Royall as my middle name when I was born. When I developed my sound a little more, I decided on the name "Jordan Royale". I originally did a spin on the name just to be cool. Later, I found out (due to my mom's heritage findings in the past) that Royale was the originally spelling of our family's heritage. And of course Jordan is my first name.

2. What's the inspiration behind your release 'Never Better'?
Originally 'Never Better' was written right after I quit a job. It was supposed to come out in 2018, but I actually took a hold on music for almost a full year to start pursuing some of my acting endeavors. At the time when I wrote it, I had a lot of bad energy around me that I was trying to get rid of. People I thought I could trust I couldn't, and a lot of people were doing some real shitty things to me at the time. I had to theoretically cut anyone off that didn't see the vision. A lot of ex's and girls I used to fuck with were messing me up so I didn't wanna talk to any of them either. I also couldn't figure out why I was where I was in the game. I felt as if I was doing everything and honestly it was just that the energy around me was so freakin' draining. The chorus of this song speaks volumes, "They wanna see you do good but never better than them".


3. If you could work with any artist dead or alive, who would it be?
Probably Keith Flint from The Prodigy. I'm a pretty big techno and electronica fan. I always envisioned doing a rap album as a collaboration effort with The Prodigy or The Crystal Method. Damn that would be dope. I would say David Bowie because he's always inspired me so damn much, from his outrageous outfits to his captivating music, but I just don't see how that collaboration would fit sonically.

4. What advice do you have for new artists trying to break into the industry?
Just be your-fucking-self man. Really. Period. At the end of the day. Popular sounds and music trends come and go. What might be weird to people right now could eventually start a trend that you never saw happening. And if you don't start that trend, someone else will. Imagine someone else becoming the face for that music trend you created because you were too uncomfortable in your own shoes. And THAT WILL HAPPEN if you can't be unapologetically yourself. And guess what? I can almost guarantee you don't want that. Stay true to yourself, build a team, and keep a pair of eyes on the back of your head.

5. What's next for Jordan Royale?
I have a new release coming out on June 26th. Be on the lookout for that because the plans we have for that record could change my entire career as I know it.