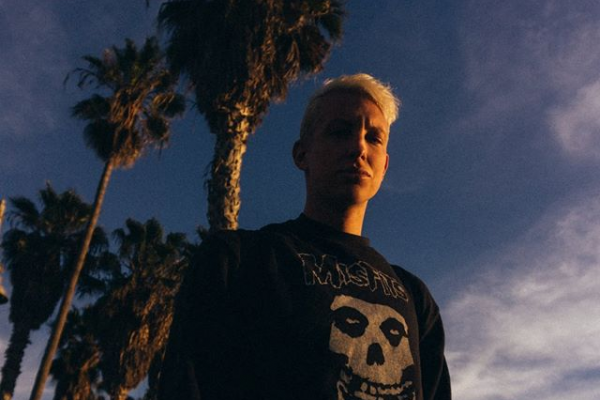 With a desire to keep people dancing all night, Madeaux's music is transcendent and inspiring. While taking a top spot in the EDM world, he continues to reinvent and redefine his role and make music that fans are eating up. Growing up in Miami but later heading to L.A., the prolific producer linked up with Fool's Gold and worked with major names early on in his career, including Deadmau5, Steve Duda, Kill The Noise, and many more, solidifying his craft and rapid rise under the influence of other greats. He creates atmospheres of indulgence, with freedom and inclusivity at the center of his mission.

We talked with forward-thinking visionary Madeaux, to learn more about the man behind the pervasive pulse.

1. LIMBO is a powerful project with a lot of success to date. How did you promote it and what advice would you give to upcoming artists prepping their debut albums?
Promoting Limbo is an exercise in trying to build something bigger than a dance event, and convey that accordingly. It is all about making people feel included in something special, in something that caters to something within them that while universal, isn't otherwise accessible in the live space.

As far as prepping a debut album, make as much music as possible.

2. What do you love most about the EDM scene?
I feel relatively unacquainted with it honestly. I just love people who are ready to dance until the next day and further.

3. How did growing up in Miami influence your music?
When I lived in Miami I used to play guitar. Through guitar I listened to a lot of rock and that's what inspires a lot of my choices in writing music.


4. You've performed all over the world. What's the most memorable place you've performed and why?
The most memorable place I performed in was a soccer arena in Chiang Mai, Thailand. I was DJing a music festival which was an after party for the inaugural Moto GP in Thailand. The Moto GP is basically Formula One for motorcycle racing; 500,000 people showed up to the race, maybe 20,000 at the festival. Thailand however is currently run by the military and there were soldiers everywhere, it was a crazy vibe.

5. Can you give us any hints about upcoming projects you're working on?
Right now I'm finishing an EP that is shaping up to be some of my best work in the dance space. I intend to write my second album this year pending that projects completion. In addition to that I am producing Viktoria Modesta's album, the artist I collaborated with for the Rolls Royce campaign I scored.