Metadata for Musicians: What It Is and Why It Matters 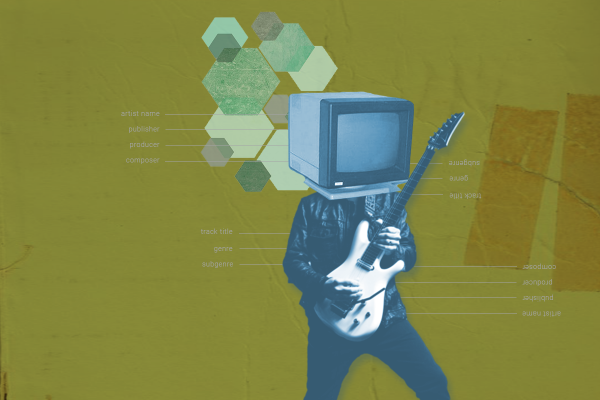 Metadata for Musicians: What It Is and Why It Matters

There are plenty of things that have changed for musicians and artists in the digital world. But few of them have been quite so significant as the rise of digital music distribution. There are plenty of musicians working today for whom the idea of physical media would be essentially pointless.

Of course, along with the benefits that come with digital distribution, there are also challenges that you have to be aware of. One of the most significant things that you need to be aware of is the importance of metadata. Metadata can make all the difference in ensuring that your music is ready for release and distribution in digital spaces.

Here is a short guide to what music metadata is, and why it's so important for musicians.

What is music metadata?

Simply put, music metadata is information included within audio files. This information is used to identify, label, and present audio content. This includes everything from the artist to the album name to the genre and track numbers. When a streaming service or music device knows the correct order for songs to be in or brings up the correct album artwork, you've got music metadata to thank.

Metadata is used by every single major streaming company and music device. That means platforms like Spotify, Apple Music, YouTube and even Shazam, which gives you an idea of just how essential it really is.

Why does it matter?

Without metadata, your music tracks are essentially blank as far as a lot of online platforms and devices are concerned. They're little more than anonymous files floating in the sea of information that the internet contains. This not only makes it impossible for your music to be identified, but it makes it near impossible for it to be found in the first place. Not only that but it makes a whole lot harder to attribute the music to specific artists which makes getting paid the correct music royalties a much bigger challenge.

Because of this, most platforms are incredibly strict about the metadata that your music has to include. When it comes to music distribution, without the right metadata, you're never even going to get your foot in the door.

How to submit your music metadata

When it comes to submitting metadata, your digital distributor will take care of sending it. Streaming platforms require that metadata be manually entered when submitting for distribution. MusicDigi walks you through the data entry process, making sure that all information is correct and thorough.

If you want to distribute your music, you need the right metadata, here is a handy music metadata checklist that you can use for your next release:

• Track Title: the name of your song.
• Main Artist: you need to be sure that this is exactly the same for every single track.
• Featured Artist: if a song features another artist, this is the place where they need to be credited.
• Genre: the primary genre of your track goes here. If you have a mix of genres, pick the one that applies most strongly.
• Composer: the information of who wrote the song is essential for making sure that the correct royalties are paid out.
• Publisher: if the composer of the song has no publisher then simply put the composer's name in again.
• Producers: any and all producer credits on the track.
• Additional Contributors: Anyone else that worked on that track that should be credited.
• ISRC: The unique identifier that gives your track its own digital fingerprint. If you don’t have an ISRC for your release MusicDigi will provide one for free.
• Lyrics Language: The language of the song lyrics.
• Lyrics publisher: The publisher representing the lyricist/lyrics contributor.
• Composition Owner: The owner of the composition rights.
• Year of Composition: The year the track was composed.
• Master Recording Owner: the owner of the sound recording.
• Year of Recording: The year the recording took place.
• Release Language: The language of the release itself.

Album artwork
It is so important to make sure that your artwork matches the metadata entered for the release. That means making sure both the artist name and release title are spelled exactly the same in both the metadata and the artwork. Make sure to remove any additional information from the artwork like URLs or social media handles.

Language
Make sure to always enter the correct release language. Even if you are intending to distribute your release in a different country or territory the release language must be the language of the metadata you are entering.

Explicit Content
It's perfectly fine to distribute music with explicit lyrics, but it's really important that you label them appropriately.

Ready to get your track out in the world? Sign up to MusicDigi to release your music to all the major music stores and streaming platforms.