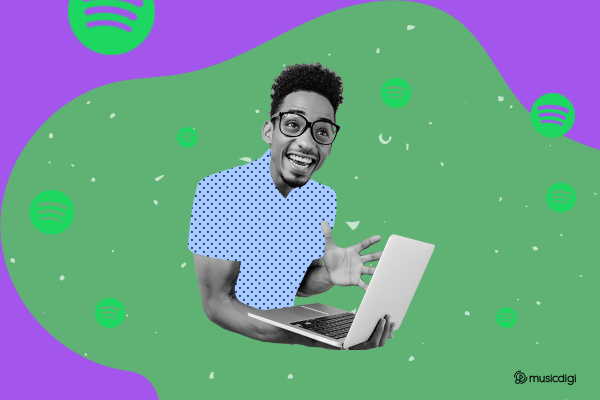 Spotify has become a behemoth in the music industry, and few artists can really break out and succeed without having their music on the platform. However, there are several things that can actually work against you on Spotify. We’re going to give you a run down of some of the biggest mistakes artists make on Spotify.

Do not - I repeat - do NOT pay for fake plays to boost your streaming stats. For starters, it’s fraudulent, as you’re getting paid for these streams by Spotify when they aren’t legit. Avoid any services that advertise guaranteed pay-for-plays, because nobody can guarantee how many streams you get on the platform. If Spotify suspects artificial streaming is involved, you’ll get swiftly kicked off.

However, Sponsored songs are totally different and can be a great way to expose new listeners to your music (and though these streams aren’t monetized, they can lead to boosts in paid streams once your listenership grows).

Getting on any playlist can be exciting, especially for new artists, and playlists can give our music a HUGE boost - IF they’re quality playlists where your music isn’t just “filler.” The way Spotify’s algorithms work, getting tons of passive plays from mediocre playlists actually works against you. It tells Spotify you’re not really that interesting to listeners and only getting played because you’re sandwiched in between more desirable artists. While all playlists can be beneficial, you’ve really got to give your attention to the ones where your music will be showcased.

You’ve got free tools, so use them! Spotify has made tons of free and helpful tools available to you when you release music on the platform, including Artist Pick, merch integration, embeddable players, fundraising link integration, and more. Once you’ve set up your artist profile, try to use as many of Spotify’s artist tools as possible every time you drop new music.

Not updating your Spotify profile

Keeping your profile fresh will help fans stay up-to-date with your newest music while also showcasing who you are as an artist. Make sure to keep your photos and bio updated so fans can get the most up-to-date info on what you’re doing.

If you only release music once in a while, it’s going to cause you to lose momentum and listeners. Consistently releasing new music by dropping a single every three months and an album every twelve months or so will keep you on people’s radar.

Not submitting to playlists on Spotify

Playlist pitching is the number one way to help boost your streams on Spotify and gain new listeners. Once you’ve released music to the platform, you’ll be able to submit music to be included in official Spotify playlists.

Get Your Music On Spotify!

Avoid changing your genre if possible. This can mess up Spotify’s algorithm and make it harder for you to be found by fans. Instead, try releasing sub-genres within your current genre. For example, if you’re a pop artist, you can release under the electro pop sub-genre.

To sum it up

Spotify is an essential platform in today’s digitally-focused industry, but making the wrong moves can cost you money, time, and listeners - or even your Spotify account. So don’t cut corners and stay active on the platform to grow your fanbase organically for the best results.

Ready to unleash your music? Sign Up to MusicDigi to release your music to all the major music stores and streaming platforms.