6 Ways To Get On The Billboard Charts 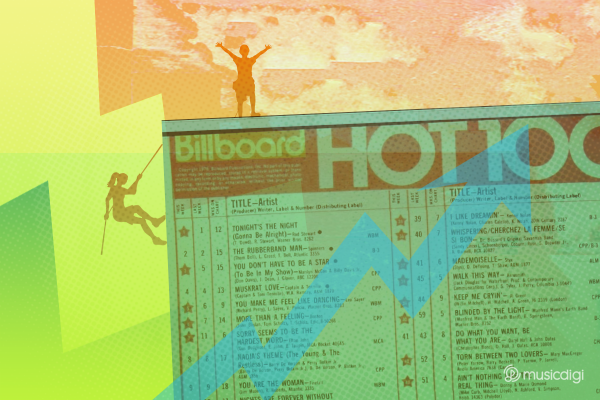 6 Ways To Get On The Billboard Charts

Did you know you only have to sell about 450 albums in one week to make the Billboard HeatSeeker Chart? Believe it or not, there have been many unsigned artists hitting the Billboard Charts in the last year. While it may seem impossible, things are changing in music, and thanks to some recent alterations of how a number of charts are constructed, it’s become easier for up-and-coming acts to nudge their way in.

Here are the 6 Secrets To Hit The Billboard Charts:

1. Build a blog worthy story around your music

Your potential No 1 needs a press worthy narrative: your original story. Artists stand out now by being different," People will link to you and embed you if you're remarkable, not if you fit the basic formula.

2. Set up Pre-Order on iTunes

iTunes pre-order sales count towards your chart position both during the pre-order period, as well as on your release date. So driving fans to purchase your pre-order can help you rise on iTunes charts. For example, if you sell 300 CDs in a 6-week pre-order period and sell 200 the week the CD comes out, your first week sales will be 500 which would be good enough to hit the Billboard HeatSeeker Chart (usually 450 albums will qualify for the Top 150 on this chart).

Spotify also has a pre-release features called Spotify Windowing. This is an amazing feature that lets you get your music on Spotify premium tier two week ahead of your official release date, meaning paying subscribers will get to listen to the new album earlier than the free tier. Spotify Windowing streams also counts towards your 1st week sales.

4. Add credits and Liner notes to your release(s)

Adding song credits and liner notes to your releases is a great way to give your music more exposure. This metadata appears along side your new release on streaming services. for example spotify listeners on the desktop plalform can simply right-click on a track and select “Show Credits” from the menu of options to view information on performers, songwriters and producers. The richer the data, the better retailers can market the products, which can potentially increase the audience and revenue generated.

Today, the viral video is perhaps the form of online entertainment with the greatest global reach. Come up with an original, entertaining treatment. It needn't be expensive. Post the video on YouTube, Vimeo and Google Video. In recent years, Billboard has also considered streaming and social interactions on Twitter, Facebook, Vevo, YouTube, Spotify, and other popular music websites like Slacker and Rdio. YouTube was the most recent addition to tracking plays.

ALSO READ: How To Make A Music Video On A DIY Budget.

6. Syndicate your song as widely as possible:

Can’t say this enough. You have to promote your music and don’t stop. Get a conversation going on your blog, Facebook, and Twitter accounts, etc. Post on Soundcloud, and other music-sharing platforms. Also, try hiring a music PR company to get your music featured on major blog sites during the week of your release. This extra exposure will definitely increase your sales.

Having a song chart on a Billboard chart as an indie artist is absolutely not impossible, especially if you're an active, touring musician with a strong fanbase. And, though these three areas aren't the only ones taken into consideration when ranking songs and albums, they can give any artist a boost. Landing on Billboard when you’re an independent or rising artist is no easy task, but once you’ve reached the charts, the opportunities are endless.

Ready to take the next step? Singup to MusicDigi to release your music today.