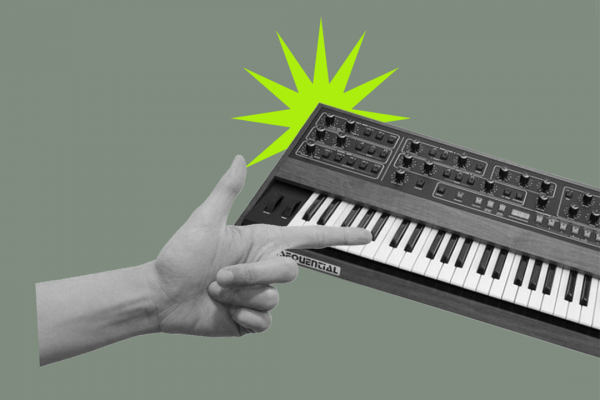 How to Make a Catchy Song

The most popular songs on the charts are usually the ones we can’t get out of our heads no matter how hard we try. Earworms, or songs that involuntarily work their way into our mind long after we’ve stopped listening, are often triggered by emotion, word association, or from recently hearing it. Creating your own earworm can send your music viral and to the top of the charts, but how do you create your own catchy tune? There’s no step-by-step guide to writing the perfect song, but working with some simple tips in mind will help you get closer to that song that fans just can’t get away from.

If you want to create a catchy song, keeping it simple is rule number one. If you’re like me, you had Snoop Dogg’s “Drop It Like It’s Hot” stuck in your head for a year straight. It’s got a bare-bones beat, simple structure, and hook that simply repeats the song’s title again and again. Like the song or not, it’ll work it’s way into your head and park there. Lady Gaga has mastered the art of a catchy song, and the most memorable ones are some of her simplest (Ga-ga-o-la-la anyone?!).

Stick to simple lyrics with fewer words and shorter phrases that would be easy for someone to sing along to.

Keeping your music relatable to your fanbase is really important to help them connect with it. Since earworms can be triggered by emotions, you want to make sure your lyrics will strike a chord with your listeners beyond just giving them a nice melody to hum along with.

Once you nail down an idea, repeat it! Repetition is one of the best ways to create a catchy song. It also helps your fans remember the lyrics faster so they’ll be singing it on their own hours later. Anyone who has heard “Baby Shark” can attest to this, and with over 2 billion views on YouTube, it’s sickening repetition has also made it a major hit.

ALSO READ: How To Promote Music On TikTok (and Go Viral).

Mnemonic devices like rhyme and alliteration will help catch the listener and get them hooked. Rhyming words aid in remembering and help keep the song lyrics and flow. Alliteration refers to using the same sound at the beginning of words to make a phrase stand out, like Migos’ “Bad and Boujee.” Find a way to work in these and other mnemonic devices that will have your listeners remembering your song without even trying.

Sure, some catchy tunes can be slow, but the majority of catchy songs are uptempo. In fact, researchers have noted that listening to slow songs can actually help you get rid of an earworm that might be stuck in your head. So try keeping it upbeat and with more energy to hook your listeners. Big jumps between notes have also been shown to be pretty common in catchy songs (think the first two notes in “Somewhere Over the Rainbow”).

When you get a song stuck in your head, which is likely to happen this week, think about what makes that song so sticky and apply it to your own songwriting. Brainstorm ideas that keep things simple and upbeat, and have fun trying out different things. Take advantage of the science behind memory by using words and melodies that will stick with the listener long after the radio goes off.

Ready to unleash your music? Sign up to MusicDigi to release your music on Spotify, iTunes, and more.