6 Important Dates to Add to Your Release Calendar 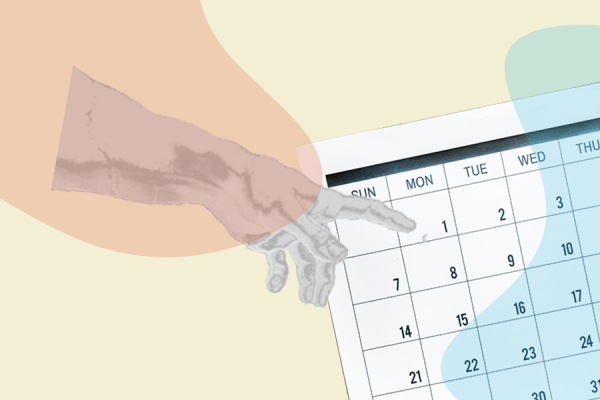 6 Important Dates to Add to Your Release Calendar

But it's not easy to put together a release calendar without missing anything, and this could have major consequences that could derail your music promotion efforts.

Check out these six important dates to add to your release calendar.

Digital distribution is becoming increasing easy, but there are still potential roadblocks you may encounter along the way. In order to secure your release strategy, you need to make plenty of time to meet your deadlines.

This is twice as important if your release has samples, as they may need additional clearance. Of course, you can still include samples and release cover song, but these things can take a little longer than standard releases. The first key date to nail down is distributing the release. This should be far enough in the future to give you plenty of time to prepare.

Will you be making physical copies of your music in any form? If so, allow for some wiggle room in case you encounter any delays. Don't worry! This can be well worthwhile, as sales physical copies of music are still going surprisingly strong. This is especially true if you are selling it at live events. Before the digital age, your physical copies would have had to be printed up before the release, as this was the only way to hear it. Now, digital distribution methods are faster and easier.

Try to sync up the printing schedule to your digital release, even if it may not be essential. It's always good to have a few vinyls to sell at shows, and this can be very satisfying! Printing things up yourself? Most vendors are pretty reliable with shipping estimates. Just make sure to give yourself a little buffer in case there are any delays, which will likely happen unexpectedly.

Premieres are an incredibly effective method for promoting your release. A premiere is when you give media exclusive access to your release in advance of its official debut date. Blog curators quickly pick up stories on premieres, as they can benefit from your existing traffic. Why do they do this? Because it provides them an extra incentive to to cover your premiere.

Premieres allow you and media outlets to both benefit in order to help you reach a wider audience. Video launches are another important element in your release plan. Music sites are much more likely to cover your release if you have a video. Richer content is usually more effective at keeping a listener's attention, which means it is more valuable to both aggregators and bloggers.

At the very least, you should secure a video launch or premiere for your main single. Keep adding content for other forward-facing tracks as much as possible. Put the premiere dates on your release calendar as soon as possible and keep them in mind. These may be some of the most important parts of your release cycle.

Marking a release with a real-world event is important, even if you don't plan to create physical copies. Be sure to book your album launch well enough in advance so you can have your choice of venue and supporting acts.

Social media is key to any release. Be strategic in how you post leading up to a launch. Keep in mind that while people might be excited about your upcoming release, things like teasers or release countdowns don't offer ways for followers to interact meaningfully. Instead, you can try spacing out posts with engaging content using promotional materials you created to support the release. Interviews, streaming of premieres, or video is much more engaging and satisfying for followers than dull hype posts.

The day your release comes out is certainly the most important date on your release schedule! This is the final deadline, but it does not have to be panic-inducing. If anything, a little deadline pressure will give you the incentive to complete all the elements of your release plan. Be conservative in setting your release date, but give enough urgency that you'll stay motivated to follow through.

Don't be too concerned with aligning all your release events exactly with the release date. Just aim for an overall sense of cohesion with when fans can buy your music.

Creating a release calendar is essential in order to make the most impact with your release. You've worked hard to make your music, so give it the proper treatment and attention it needs with a well-planned release schedule. So when putting it out there, be sure to have these six key dates on your schedule.