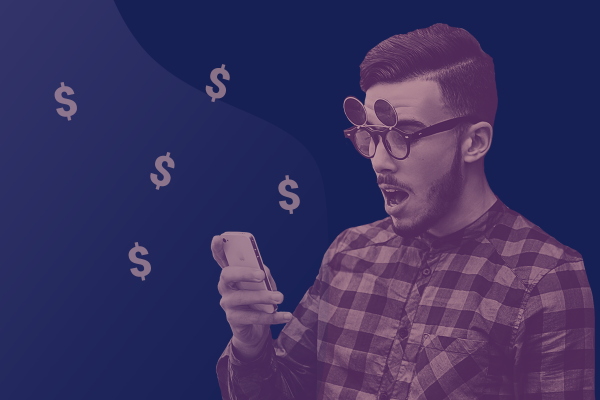 For the musically gifted there is nothing more satisfying and rewarding than the prospect of making money for your art. The trouble is that conventional wisdom dictates that there simply isn’t the money in music that there used to be. However, conventional wisdom has been known to be wrong. In fact, in the digital era there are more opportunities for artists to make money than ever.

Plus, digital distribution has democratized the market meaning that musicians no longer have to wait to be “made” by a label. For the enterprising musician there are actually a multitude of reliable revenue streams. The trick is knowing exactly where to look…

Digital sales are the bread and butter of most musicians today. The ubiquity of digital platforms mean that artists can now sell music online directly to their fans without incurring the production costs of printing CDs or vinyl. The streaming and download market is huge and lucrative, and it only shows signs of growing. In fact, by 2022, the number of streaming users is predicted to rise to around 168 million.

Pre-sales are also a great way to build hype for your latest release, giving you the time to generate buzz around your act before you actually release your music. Since that both iTunes and Amazon are prime real-estate for music retail, those additional weeks or months can have a huge impact on your overall royalties.

ALSO SEE: How Much Do Streaming Services Actually Pay Musicians.

Branding is as important to bands and musicians as it is for any business. Brands have value, and while much of that value is reflected in your music, there’s also significant value in the sale of merchandise. Merch sales aren’t just an extra revenue stream, they’re a way of growing your brand and increasing its value as well as creating a touchstone for your ardent fans. Speaking of which...

Fan clubs are a manifestation of the relationship between an artist and their audience. They allow people to come together over a shared appreciation of your music. They want to show their support for you in a real and tangible way. Even in the age of online fandom, fanclubs are alive and well and ripe for monetization.

Some artists, most notably classic rocker Neil Young have created fan clubs which double as music portals with exclusive access to archives of music spanning decades as well as a connectivity with the artist which he has withdrawn from social media.

Nearly 2 billion people use YouTube across the world and musical content accounts for around 80% of all videos uploaded. Through the use of targeted ads, YouTube has made it easier for even up and coming artists to monetize their channels and earn money from YouTube.

Live touring is not only the natural habitat of the musician, it’s also among the most reliable revenue streams of all artists from the rock icons to garageband newbies. Touring revenue is likely to trump what you make from downloads (especially in your early days) and allows you to make your mark on passionate music fans. It’s also a fantastic merch-selling opportunity.

Every musician favors a particular brand of instrument. If there’s nothing for you like the feel of a Gibson Les Paul or the sound of a Shure SM58, these brands are prepared to pay good money for your endorsement and continued patronage. If you have an established following and the number of a good AR manager, you may be surprised how keen big brands are to strike a deal.

The age old advice of advice of “keeping your publishing at all costs” simply doesn’t apply to the contemporary music scene. In an ever-changing music economy it’s in an artist’s best interests to educate themselves as to where publishing revenue comes from and the importance of learning to deal Performing Rights Organizations.

Believe it or not, Ringtone Distribution is alive and kicking! While it has certainly taken a dip in recent years the industry still has enough value to make it worth getting in on. According to Gartner, the ringtone martket is still worth over $2bn. It may not be the most obvious revenue stream, but it’s one well worth your attention.

ALSO SEE: How To Create and Sell Ringtones On iTunes.

As you can see, now that record labels are no longer the gatekeepers of musical success there are a plethora of ways in which hungry and enterprising artists can make money.

Ready to unleash your music? Release your music to major stores worldwide with MusicDigi.