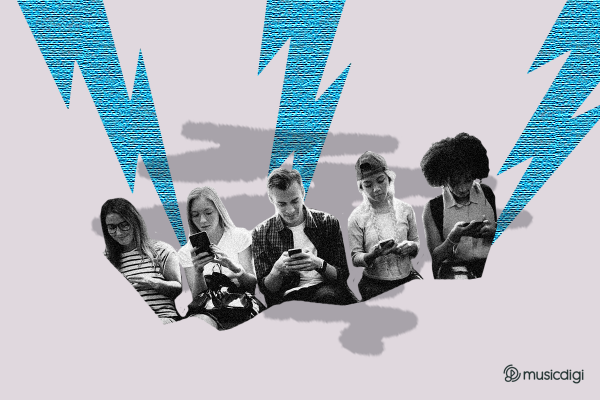 It’s pretty clear that platforms like Instagram and TikTok have played a huge role in the overall success of so many chart-toppers lately, and it’s no mistake. For many of the most popular trending songs this year, Influencers have been included as a strategic part of the campaigns. Here’s why influencer marketing for musicians is so important.

What is an influencer?

An influencer is just what it sounds like - Influencers are people who have a big following in social media platforms and can influence their followers by promoting certain areas of interest. Right now, the most popular platforms for influencers are Instagram, TikTok and YouTube, but others are growing in popularity as well, like Byte.

How do I know if I’m ready to start partnering with influencers to promote my music?

Social media influencers have huge audiences, which means if they add your music to a post, you’ll be exposing all of their followers to your music. And since they often need great music to spice up their own posts, enter a beautiful opportunity for partnership. Their followers are usually very engaged, so if the influencer shows that they like your music, their followers are likely to check you out. You can even distribute your music right to Instagram, TikTok, and other social platforms when you’re a MusicDigi member, making it easier for influencers - or anyone for that matter - to add your music to posts so you can get paid every time it gets streamed.

How do I find an influencer to work with?

Reaching out directly to influencers you think fit with your identity and whose audience would vibe with your music is a great way to get started. While you can be straightforward and pay to get promotion with social media influencers, there’s a whole lot you can do without opening your wallet. Scout artists whose audience would probably jam to your music and send them a message. Don’t just ask for them to use your music, but why doing so will benefit both of you, and always be professional.

How can artists promote their music with influencers?

Try reaching out to influencers to be in your own video next time you shoot content for your music. While some of the top-trending influencers might require big bucks for this, others will appreciate the promotion and may jump in for free, especially if you’ve got your own following they can tap into and benefit from. Be sure to check out the influencer, their followers, and which content of theirs does well. This will ensure you choose not just a perfect fit for your video, but you’re also giving them content they will eat up.

ALSO READ: How To Make A Music Video On A DIY Budget.

Got a big event coming up? It’s the perfect opportunity to try to connect with influencers from around the world. If you want to build relationships with influencers, try inviting them to special events and giving them VIP treatment. This can give you a chance to talk with them, vibe, and build a relationship. You can even ask them to film their experience if they’d like, which they could end up using as content on their social platforms.

Social media influencers can be a great part of a well-planned music promotion campaign, and their numbers are growing. Tapping into their followers will get your music heard more and gain you more fans, especially when targeted to specific audiences that already enjoy content like yours. And always remember - social media influencers are not going to do anything if it doesn’t benefit them too, so be sure to think about and express how partnering with you will help them when reaching out.

Ready to release music and get paid? Sign up to MusicDigi now and upload your music to all major streaming platforms, Including TikTok and Instagram.